This is the way the election ends. Not with a bang, but a WI/MI/PA.

While there still are votes left to be counted (and the current President has now filed three lawsuits related to the counting, with threats of more to come), it appears as though there is a now clearer picture of the outcome of the 2020 US Election.

Thanks to the performance in Wisconsin, Michigan and Pennsylvania (three key swing states that Democratic Presidential nominee Hillary Clinton lost in 2016; these states also happen to be ones that were restricted from counting mail-in/absentee ballots prior to Election Day and therefore have been delayed in turning out results), it looks as though Joe Biden will become the 46th President of the United States. The estimated win in Pennsylvania will be enough to push the former Vice President above the 270 Electoral Vote threshold. The margin of victory is much narrower than the pre-election polls were suggesting, but a win is still a win.

The potential for challenges from the Republican Party for some of the results at the state level remains. Still there is no evidence yet of any improprieties with the voting process anywhere and the margin of victory is wide enough to make recounts unwarranted. For example, a recount was done in Florida in 2000 when the gap between Bush and Gore was just 537 votes; the current margin in Pennsylvania is 34,414 votes.

Down-ballot, the expectations of a “blue wave” have not materialized. While the Democrats made some headway in the Senate, it appears the Republicans will retain the Upper Chamber of Congress (though there remains a small chance of an even split if the Democrats can take the both Republican-held seats in Georgia that appear to be heading toward a run-off). The Democrats are primed to retain power in the House of Representatives but they performed worse than anticipated, and are estimated to have lost seats even there.

The likelihood of a split Congress means that the hopes of substantial, large-scale public infrastructure investment and a significant COVID-19 relief bill are materially diminished — though, the recently re-elected and current Senate Majority Leader has stated that passing a pandemic stimulus package will be a priority for Congress before year-end.

As well, other major policy changes that were part of the Democratic platform will face difficulty getting through the Senate. That means that major changes related to policies on health care, personal and corporate income taxes, labour, climate, Green energy, Senate rules, courts and regulation are not likely to come to fruition in the 117th United States’ Congress’ two-year term.

Expectations of smaller government spending plans mean a lower anticipated growth trajectory for the world’s largest economy, but that is being countered in the notoriously change-averse marketplace by the anticipation of the status quo everywhere else. The absence of a tax increase is unambiguously positive for corporate profits, as are lower odds of tighter regulatory oversight for some of the most important areas of the market.

Add to that the potential for a more stable presence in the White House and a less hostile approach to foreign relations (while a strong position on China is likely to continue, the expectation is it will be more diplomatic and rely less on tariffs), and you have a political backdrop that is constructive for risk assets over the near term, and can largely explain the strength in equities this week. As well, there is a high conviction that a COVID-19 vaccine will come to market sooner rather than later, which could add more persistent and broad-based support to market sentiment into next year.

In the bond space, while the rally in government-issued securities since Election Day is open to interpretation (as a sign of investors being ‘spooked’ over the outlook in the absence of a large dose of fiscal stimulus), there are arguments in favour of an explanation that is much less dour.

Over the last month, bond yields have been moving higher against polls, showing a high probability of a Democratic sweep that would usher in a new era of debt-financed government spending. For example, the yield on the 10-year US Treasury note jumped from 0.70% on October 2 (the day that Donald Trump announced his positive COVID-19 diagnosis) to 0.90% on November 3 (Election Day).

Yields have fallen since November 3, reversing some, but not all, of the increases (the US 10-year yield closed at 0.81% on Friday) as markets have rethought not only the smaller potential inflationary impulse associated with the expectation of less public investment but, more importantly, the lower supply of debt expected to be issued by the US government. 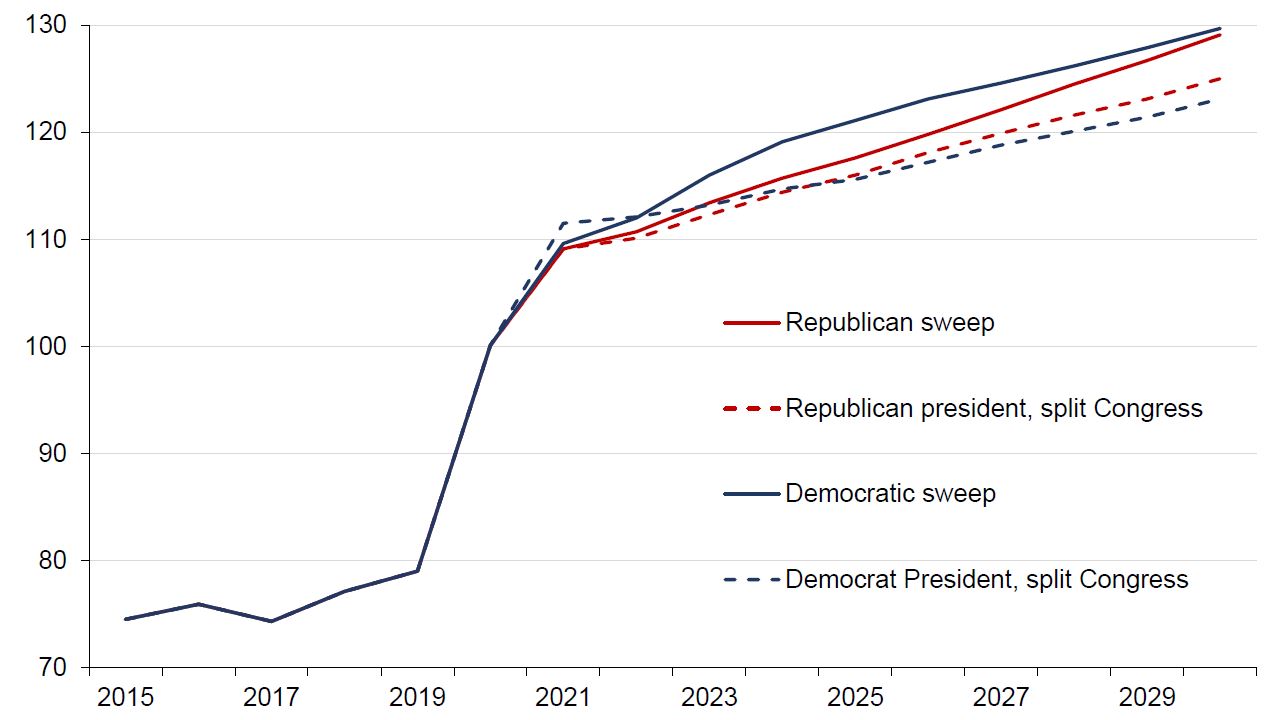 For example, in their analysis of the candidates’ economic plans ahead of the election, Moody’s Analytics estimated that a Democratic president with a split Congress would result in the lowest debt-to-GDP ratio of all combinations in 10-years’ time — a difference of roughly US$3 trillion that would need to be issued by 2030, in comparison to the Democratic sweep scenario.

The bottom line is that there appears to be clarity on the US political front in much shorter order than was assumed earlier this week and the largest risks (namely, of a legitimately contested outcome) have not materialized.

Clearly, there remains plenty of risks, but moving past this key risk event, with the hope of greater policy certainty on the horizon, represents clearing a hurdle for investor sentiment through the end of the year. 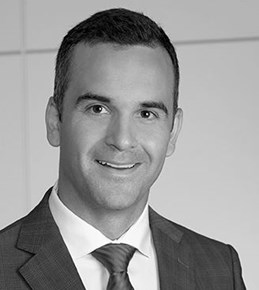 This information is for educational purposes only and does not constitute investment, legal, accounting, tax advice or a recommendation to buy, sell or hold a security. It is only intended for the audience to whom it has been distributed and may not be reproduced or redistributed without the consent of Guardian Capital LP. This information is not intended for distribution into any jurisdiction where such distribution, publication, availability or use is restricted by law or regulation.

It is not an advertisement and shall under no circumstances be considered an offer or solicitation to deal in any product or service mentioned herein. The opinions expressed are as of November 2020 and are subject to change without notice. Assumptions, opinions and estimates are provided for illustrative purposes only and are subject to significant limitations. Reliance upon information in this information is at the sole discretion of the reader. This document includes information concerning financial markets that was developed at a particular point in time. This information is subject to change at any time, without notice, and without update. This commentary may also include forward looking statements concerning anticipated results, circumstances, and expectations regarding future events. Forward-looking statements require assumptions to be made and are, therefore, subject to inherent risks and uncertainties. There is significant risk that predictions and other forward-looking statements will not prove to be accurate. Investing involves risk. Equity markets are volatile and will increase and decrease in response to economic, political, regulatory and other developments. The risks and potential rewards are usually greater for small companies and companies located in emerging markets. Bond markets and fixed-income securities are sensitive to interest rate movements. Inflation, credit and default risks are all associated with fixed income securities. Diversification may not protect against market risk and loss of principal may result. The information provided in this document should not be considered a recommendation to purchase or sell any particular security. There can be no assurance that the portfolio will continue to hold the same position in companies referenced here, and the portfolio may change any position at any time. The securities discussed do not represent an account’s entire portfolio and in the aggregate may represent only a small percentage of an account’s portfolio holdings. It should not be assumed that any of the securities discussed were or will prove to be profitable, or that the investment recommendations or decisions we make in the future will be profitable, or will equal the investment performance of the securities discussed. Index returns are for information purposes only and do not represent actual strategy or fund performance. Index performance returns do not reflect the impact of management fees, transaction costs or expenses. Certain information contained in this document has been obtained from external parties which we believe to be reliable, however we cannot guarantee its accuracy. Guardian Capital LP manages portfolios for defined benefit and defined contribution pension plans, insurance companies, foundations, endowments and investment funds. Guardian Capital LP is wholly-owned subsidiary of Guardian Capital Group Limited, a publicly traded firm listed on the Toronto Stock Exchange. For further information on Guardian Capital LP and its affiliates, please visit www.guardiancapitallp.com. © 2020 Guardian Capital LP 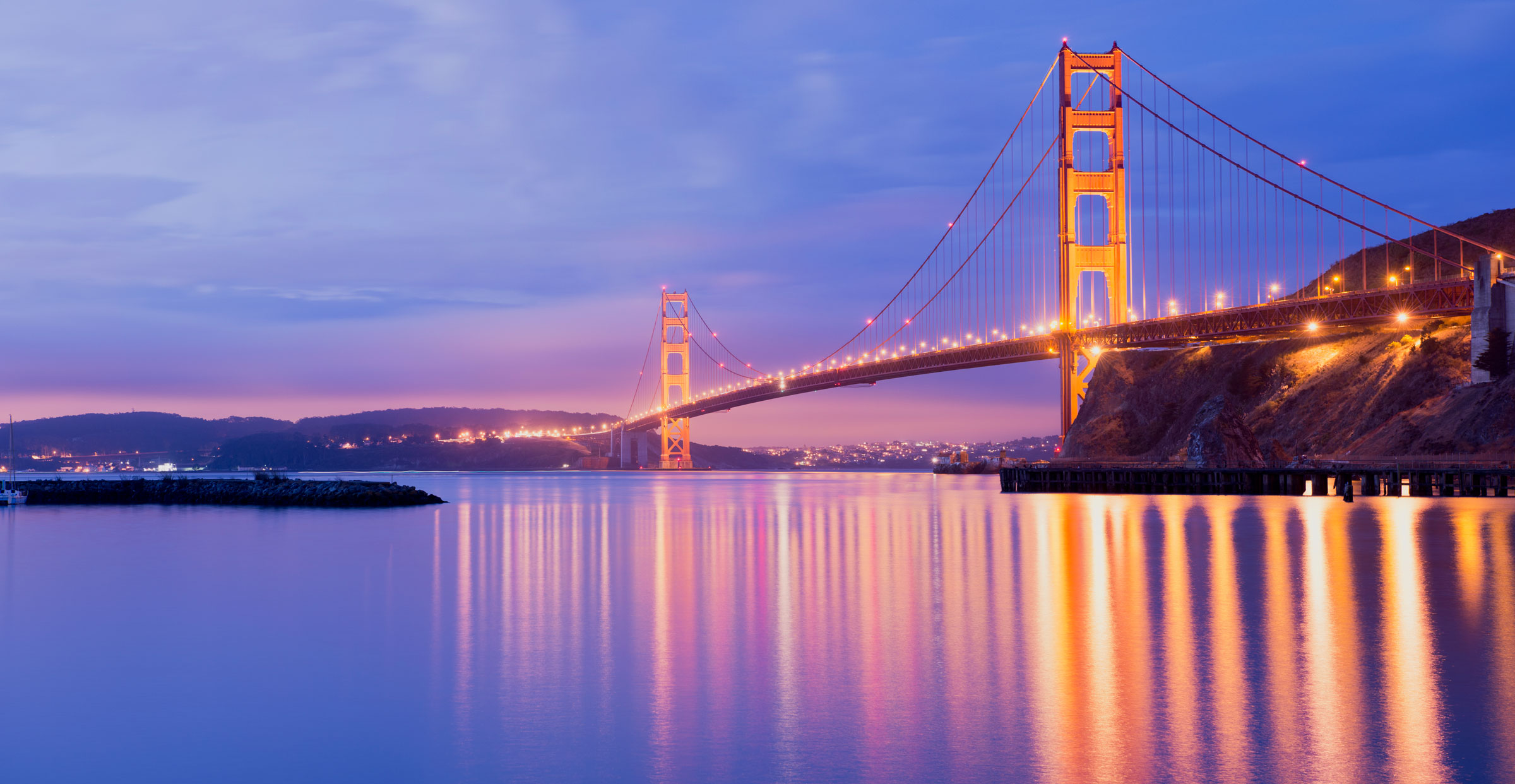 Guardian i³ US Quality Growth ETF 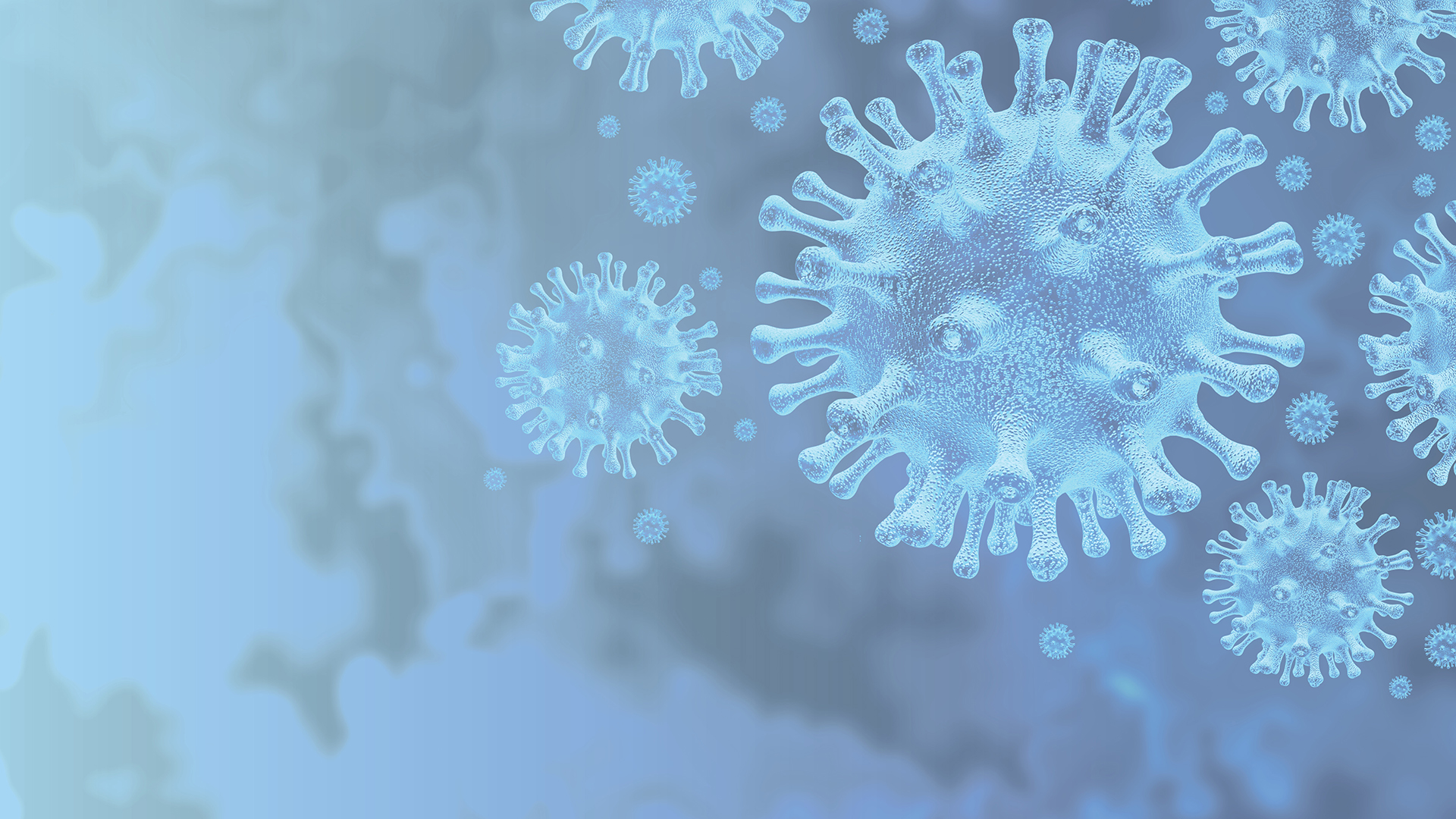 The Race for a Cure

On Monday November 9, financial markets offered a glimpse of what that upside could look like, with the announcement of a potential vaccine.

Speak to your financial advisor or our team about guarding your prosperity journey today.
END_OF_DOCUMENT_TOKEN_TO_BE_REPLACED